I was recently able to spend a long weekend with my mom, woohoo! While I was home, I helped my mom declutter her spice cabinet. … because that’s what people do for fun together, right?! Ha!

Here’s the process that we used. It might seem silly that we used a “process” to declutter a small spice cabinet, but we were more interested in solving reoccurring pain points than simply throwing things out, so we first applied systems that I blogged about earlier and then reduced where necessary.

1. Identified pain points. It wasn’t overly packed, but my mom felt like it caused some distraction while cooking because she had to sort through it, items were expiring before she used them because some were getting lost in the back, and she had to overhaul it once in a while to maintain organization.

Gave each spice a home. To make it easier to locate certain spices, my mom grouped them based on usage and arranged them on the shelves according to accessibility—from most-used on the lowest shelf to the less-used on the top shelf. We also provided sufficient space for bulk spices and gave frequently-used medicine their own shelf to prevent crowding.

Applied a two-layer system. To reduce the amount that needed to be moved out of the way and increase visibility so less would be forgotten, my mom arranged the spices into lines that were two-layers deep. This naturally limits the number of spices that could fit on a shelf, so it also helps prevent the same levels from returning.

3. Tossed expired, multiples, or rarely used spices and moved items that had different homes. We moved things like dishes, straws, birthday candles, and less-used/large bottles of medicine to other homes to utilize the entire spice cabinet. Simply moving some of these items freed up a lot of space and increased visibility.

The result was awesome! After applying these systems and removing the excess, the cabinet now functions smoothly—spices are easier to find and hopefully organize themselves over time. And, my mom’s so creative—she repurposed the excess/expired spices into an animal deterrent for her garden!

I applied the same clutter-busting systems to every area of my space a while back and it was incredible how much time was freed up. I was no longer unnecessarily moving around unused stuff, organizing, or stressed by minor pain points all day.

What systems help you keep the clutter away?

Published by Light and Minimal

Hi, I'm Becky! I'm a Minneapolis creative, blogger, and home curator. I find practical ways to make room for what matters through minimalism and simple living. View all posts by Light and Minimal

4 thoughts on “Clutter-Busters for Any Space”

Leave a Reply to Light and Minimal Cancel reply 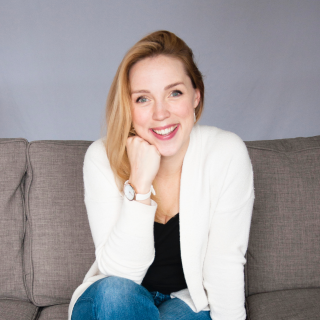 Hi, I'm Becky! I'm a Minneapolis creative, blogger, and home curator. I find practical ways to make room for what matters through minimalism and simple living.